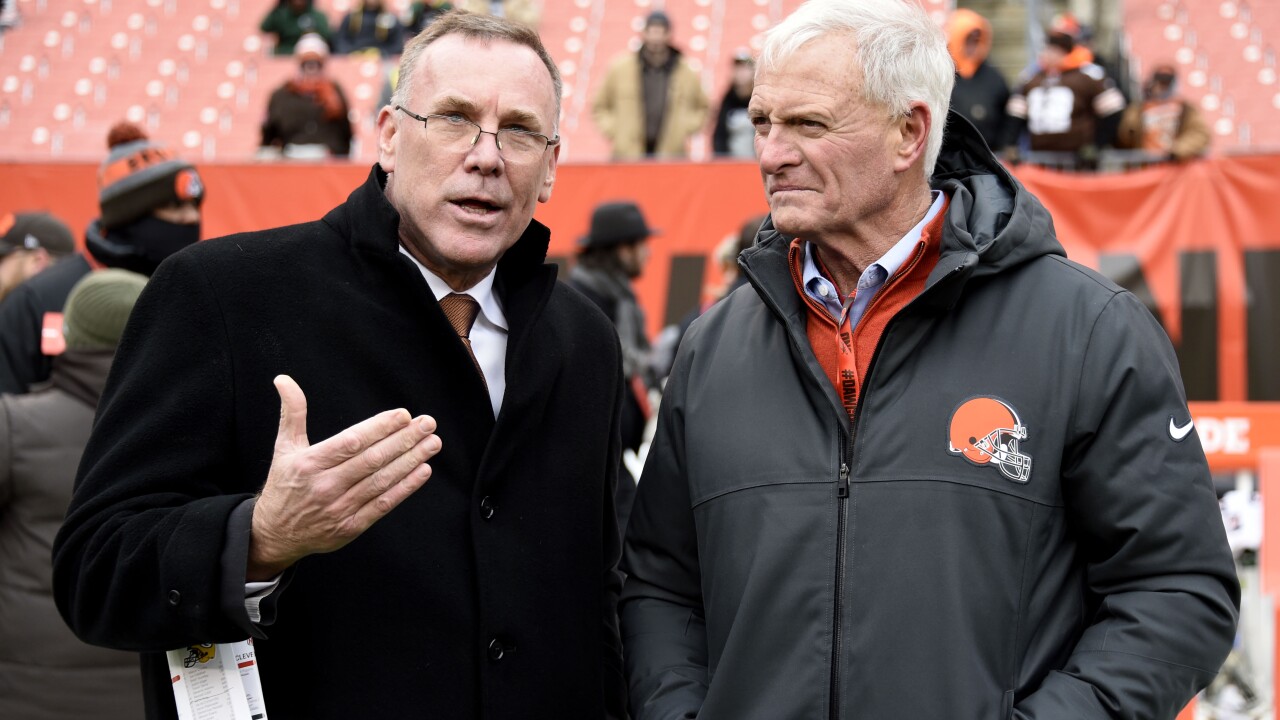 Dorsey’s stunning departure on Tuesday came after he met with owner Jimmy Haslam, who is once again with his wife, Dee, cleaning house and restructuring the front office after a disappointing 6-10 season.

The Haslams have fired five coaches since buying the team from Randy Lerner in 2012.

Dorsey had revamped the Browns during his two seasons as GM, but his hiring of Kitchens backfired as the Browns fell way short of expectations and missed the playoffs for the 17th straight season — the NFL’s longest current drought.

In a statement, the Haslams thanked Dorsey for his efforts, saying “he has helped create a foundation that we need to continue to develop and build upon.′

The Haslams acknowledged Dorsey had “greatly” improved the team’s talent but added “we fully recognized that our team did not meet its potential on or off the field and additional changes in leadership give us the best opportunity for success in the future.

“As the role of the general manager continues to evolve in this league we felt there were areas that needed to be reassessed. Over the last 48 hours, we’ve had discussion with John about his role but could not come to an agreement on a position that would enable him to remain with the organization.

“As we conveyed on Sunday and our players reiterated yesterday, bringing in a strong leader with our head coach is our priority. Our process to improve upon the leadership will allow the flexibility to ensure we create the best partnership between our future head coach and general manager. We know the road of our tenure as stewards of this franchise has been a test of patience as we all want the success that our fans so deserve and we are relentlessly committed to and working towards. We fully appreciate, understand and empathize with our fans as we work towards our ultimate goal of building a championship-level football team.”

Earlier in the day, the Browns postponed a scheduled news conference with Dorsey, with the team saying it was pushing it back until Thursday because of the New Year’s holiday and meetings about the coaching search.

However, there was much more taking place as Dorsey was being pushed aside after just two years on the job.

“When I took this job, the history of this storied franchise and the passion of our fans was an integral part of my decision,” Dorsey said. “It is that same understanding and desire to see these fans enjoy the success they are so deserving of that helped me conclude, along with Jimmy and Dee, that it was best to part ways as they embark on the search for a new head coach.

“I know how critical the relationship is between a general manager and head coach and I also know how critical it is that the Browns have a strong leader in their next coach. I have a great appreciation for the men and women I have worked with since being in Cleveland and my family has the same love and appreciation for this community and are thankful for the opportunity to be a part of this journey.”

Dorsey joined the Browns in December 2016 after previous stints in Green Bay and Kansas City and immediately began overhauling a roster lacking talent and a front office with no direction.

Dorsey made several astute moves and his decision to draft quarterback Baker Mayfield No. 1 overall in 2018 looked like a winner when the QB broke the league rookie record for touchdown passes. Mayfield, though, regressed in his second year under Kitchens, whom Dorsey favored over other candidates a year ago despite his lack of head coaching experience.

The Browns were undisciplined and one of the league’s most penalized teams in 2019. They collapsed down the stretch, losing their final three games, capped by Sunday’s 33-23 loss to the lowly Cincinnati Bengals, who won just two games.