This Mom Created The Most Adorable Back-to-school Tradition 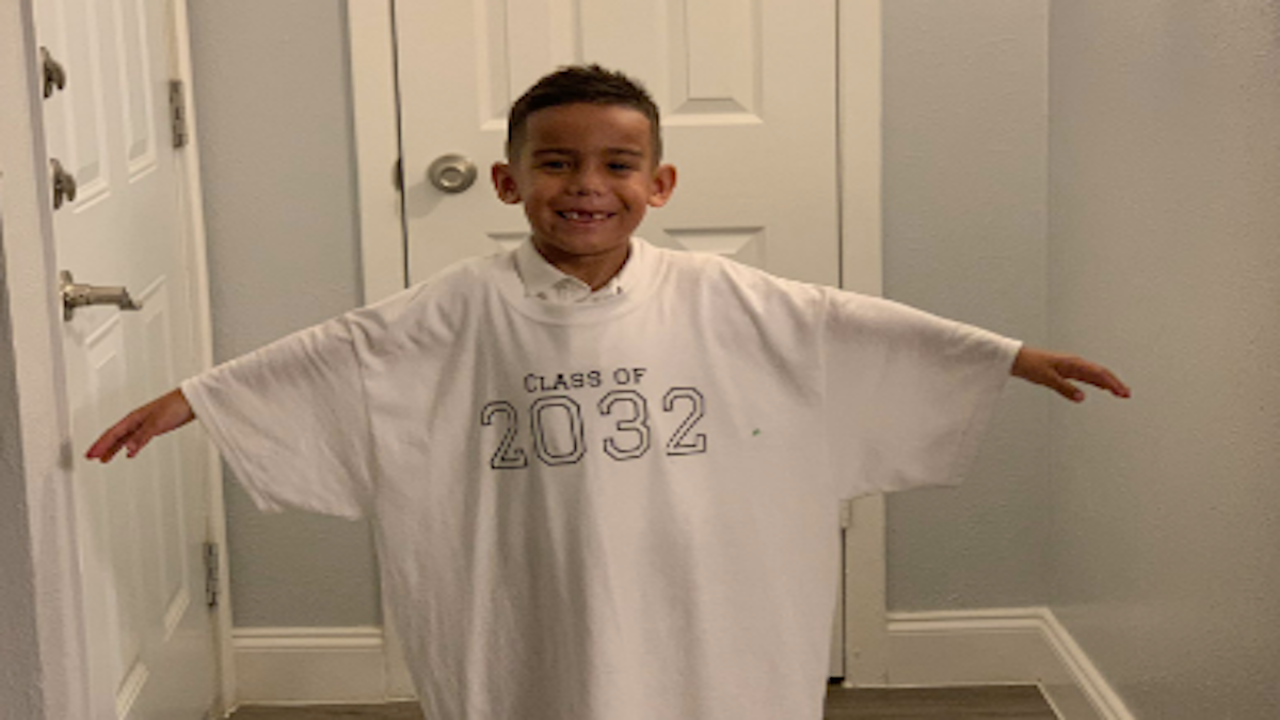 Sending your kids off to school is an experience that can bring mixed emotions. While part of you is happy to send them on their way, another part of you may be sad to realize that they’re growing up so quickly.

But having a way to commemorate the start of each school year can be a fun way to ease the transition — and make some long-lasting memories. That’s why Carina Cansino, a mom from Dallas, Texas, decided to start this adorable back-to-school tradition with her son, Gus.

Every year, she has Gus put his handprint on the back of a shirt. He’s already got two handprints on the back: one from last year for pre-K and one for his first day of kindergarten, which he just started.

The shirt has spaces for Gus to add handprints all the way through 12th grade, so he and his mom will be able to see how far he’s come!

The mom posted a photo of Gus smiling in his shirt on Twitter, and he couldn’t look more adorable if he tried:

Others seem to love this sweet little tradition they’ve started, as the tweet has received over 215,000 likes and over 35,000 retweets.

People couldn’t help but chime in about how cute this idea was, and some even shared their similar traditions:

Twitter user @sydsanti used her fingers to indicate each year of school growing up instead of an entire handprint:

Twitter user @Jahnae2019 shared photos of her niece, who is taking part in this tradition, too:

Wow! My niece did this too! Too cute pic.twitter.com/z2LDlRCZx0

Twitter user @imkentheman loved this idea so much, they want to start it with their kids. It’s never too late to start a new family tradition, after all:

If you’d like to try this out with your kids, you can purchase a similar shirt through Etsy.

The Olivia Bell Designs US shop, for example, has one nearly identical to the one Gus wore, but it can be customized with your child’s name and year of graduation, of course.

If you’d like to support the mom who first brought this idea to your attention, there’s good news! Cansino announced on Twitter that she was going to start making and selling these shirts.

Anyone interested in buying should send her a direct message:

For her, this was all about creating special memories. “I wanted something that my son and I could enjoy not just now, but when he becomes an adult,” she told Insider.

“I know one day we’ll both look back at all the photos and cherish all the great memories,” Cansino went on. “It’s the best part of being a mom.”

Hopefully this inspires you to get out there and make some special memories with your little ones as they head off to school!