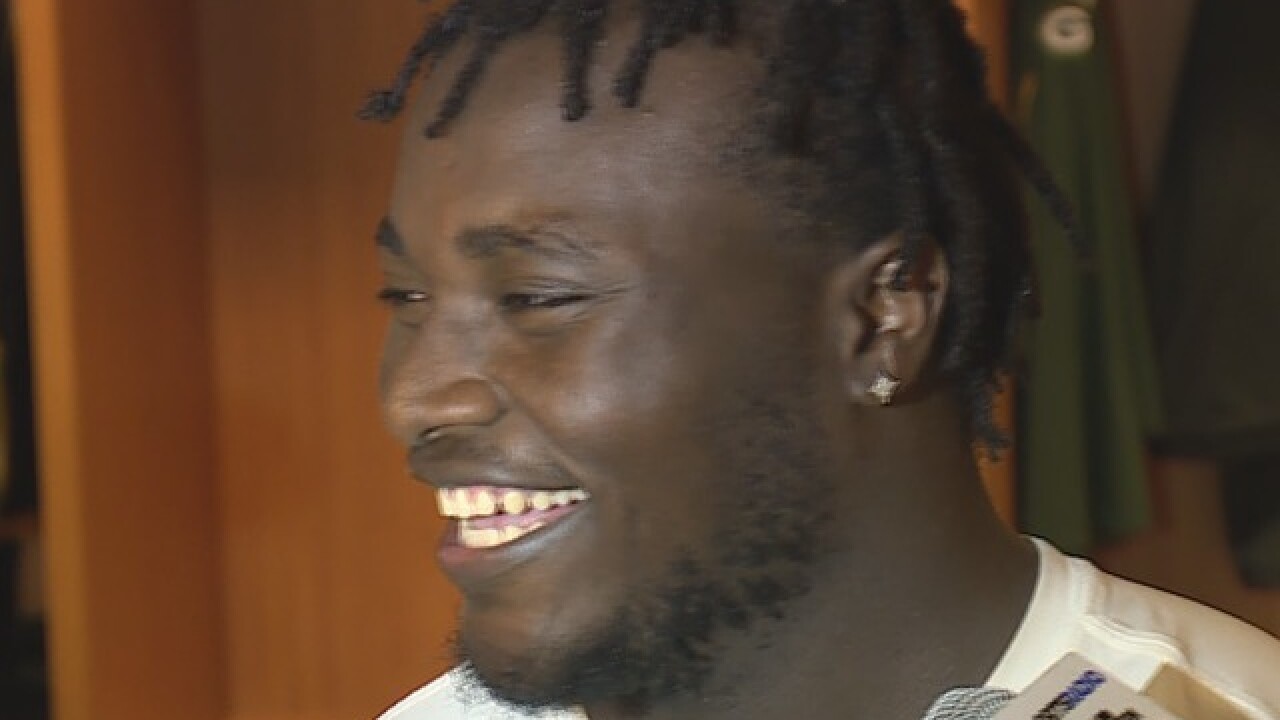 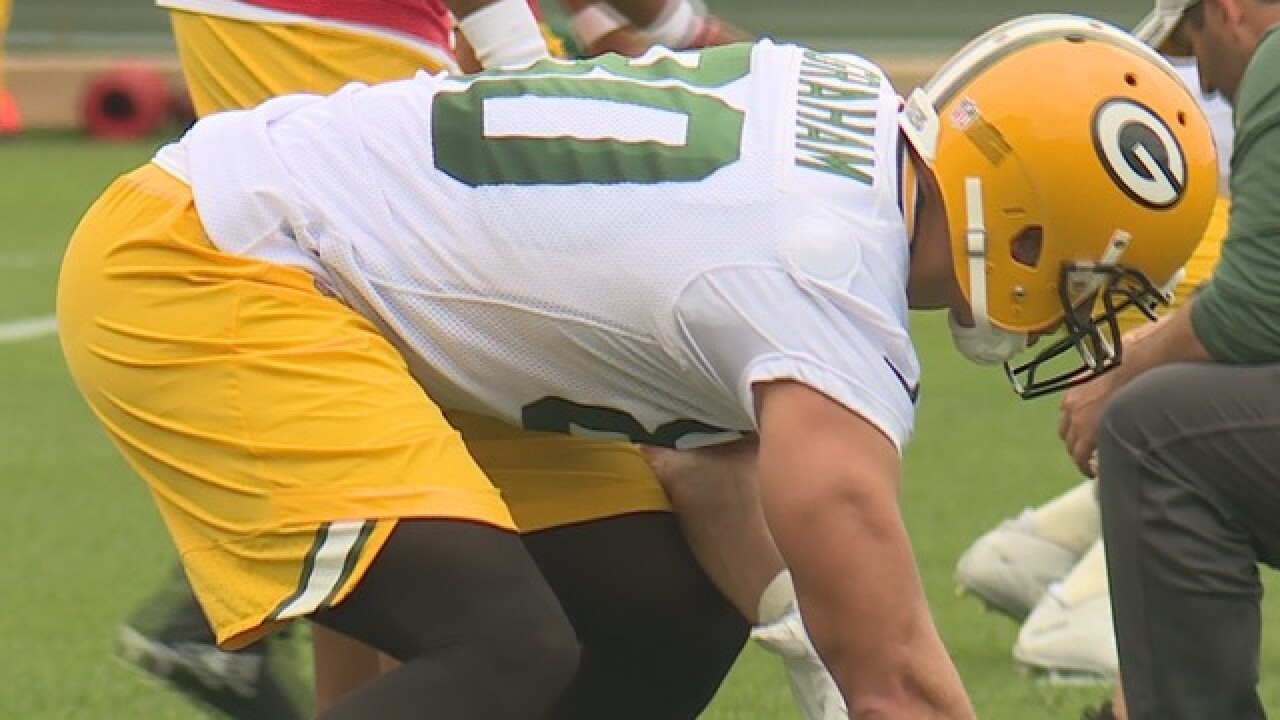 The first padded practice for the Green Bay Packer started with a bang - or at least some heated words exchanged by Josh Jones and Jimmy Graham.

After what Graham thought should have been a facemask call, he and Jones engaged in the first camp scuffle, with Jones yelling repeatedly, "shut up!"

"You know, I'm just a competitive player," said Graham. "I am a physical player I think, and it's either he's holding me or I'm pushing off, so it's always going to be like that. Especially with a big guy like myself, I have a tendency to get away with a lot of stuff like that. We spoke for a second out there on the field. I mean, it was nothing serious. I've been in way worse.

"We’re all family in here. We’re going to take care of each other. We have to be competitive, we have to get after each other like that and pretend like it’s the game. That’s the only way to get better, to take every rep for real."

Jones said once the Packers entered the locker room Saturday afternoon, any beef was forgotten.

"We haven’t put pads on since, what, Dec. 31?" the second-year safety said. "We’re out there ready to get something going. Tempers can get the best of us. We won’t let that get in the way."

On the offensive side of things, Graham has brought a new dimension to the Packers, though, with a 6-foot-7 frame, crisp route-running and reliable hands.

"He’s a big target. He catches the ball with his hands. We haven’t had a guy like that around here in a while," Aaron Rodgers said Thursday. "He uses his body really well, runs good routes, and he’s a matchup issue. We haven’t had the consistent matchup issue guy for a long time"

As Rodgers alluded to in those comments, Graham's addition this offseason was warmly welcomed, after the tight end group put up just two total touchdowns last season, tied for fewest in the NFL.

In contrast, Graham had 10 TD catches last season and has tallied 69 touchdowns since his rookie year in 2010.

Now, Graham said, the key is to further develop his connection with Rodgers, something both say will come with time this offseason.

"It's not him getting on my page, it's me getting on his page," Graham said Saturday. "I mean, he's been in this league a long time, knows too much, and, you know, I just gotta catch up."

"We just need reps together," Rodgers said. "He needs to hear the language. He needs to hear some of the code words and the verbiage and signals. I’m not worried about any chemistry issues with him."

Adams impresses: Being the first padded practice, the one-on-ones between the defensive line and pass rushers and the offensive linemen ramp up. Second year-defensive end Montravius Adams got everyone's attention by winning all three of his one-on-ones. This time last year, after a promising start, he was sidelined with a stress fracture in his foot, only seeing action in seven games later in the season. So all this time, he's been a sponge, prepping for what he hopes can be a breakout second year in a talented defensive line group.

"Really, just my ability to listen," said Adams of what helped him grow this past year. "I feel like that's what helped me set myself apart. I'm a great listener, so I try to listen from the offensive lineman to the OL coach from DL coach to D-linemen, like whoever can help me learn, I take it in."

"You want younger guys to push you with the way they practice, perform and compete, and I think he's been bringing that edge," said Mike Daniels. "And I think he's only going to get better. You know, I'm really happy for him, excited for him to continue to watch him grow and you can see him grow each and every day."