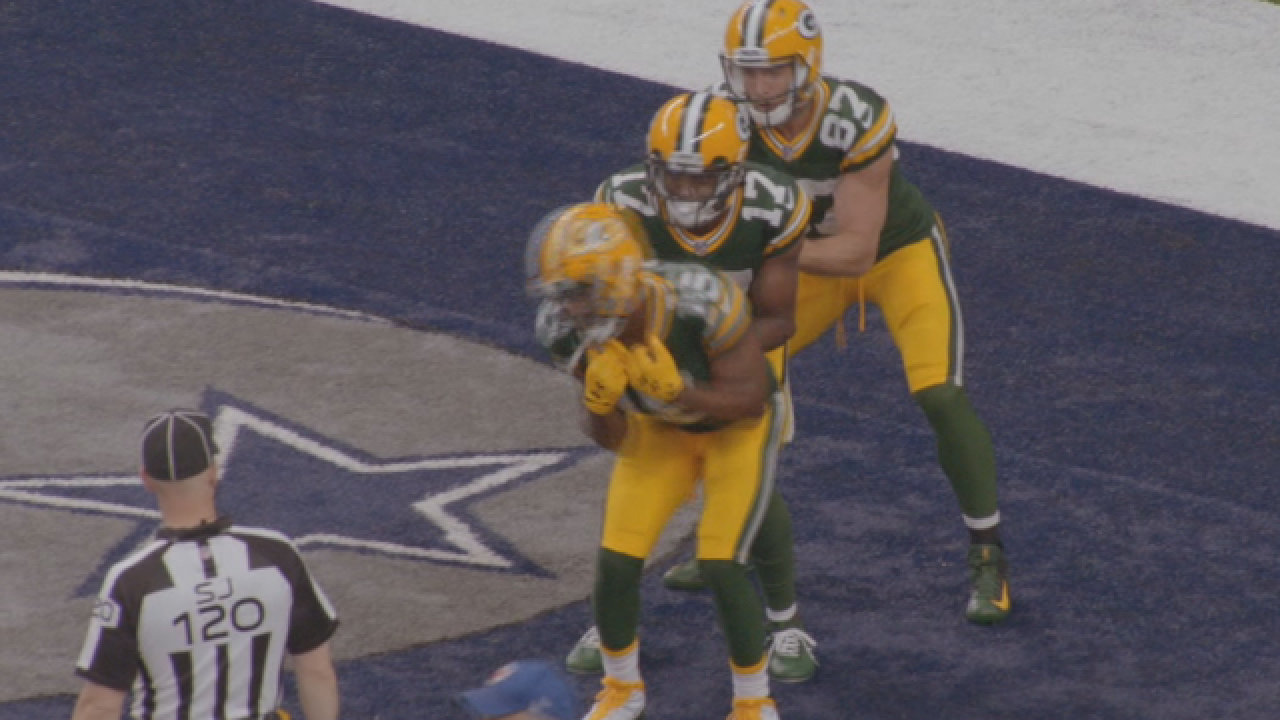 A great touchdown celebration is a lot like an abstract painting. It's unique, creative, and slightly confusing. There was no rhyme or reason to the Packers' bobsled celebration after Davante Adams first touchdown against Dallas on Sunday, yet it was beautiful to watch.

"I think it's been great for the league to allow us to go back to group celebrations," Jordy Nelson said. Nelson admitted the bobsled thing was his idea. It just kind of popped into his head, he said.

"I think it's more enjoyable than seeing some individual dancing by the pileon or something. Guys have gotten creative with it."

It's not just the the Green and Gold getting in on all the fun either. After scoring their first touchdown on Monday night, the Minnesota Vikings played a game of Duck Duck Goose (Duck Duck Grey Duck?) in the end zone.

"It's goose, not grey duck," Nelson confirmed. "I've never heard of Grey Duck in my life."

The Packers have scored 18 touchdowns this season which is second most in the NFL. The Vikings have scored 11. It's safe to assume there might be some more creativity in the end zone this Sunday when those two teams kick off at U.S. Bank Stadium in Minneapolis.