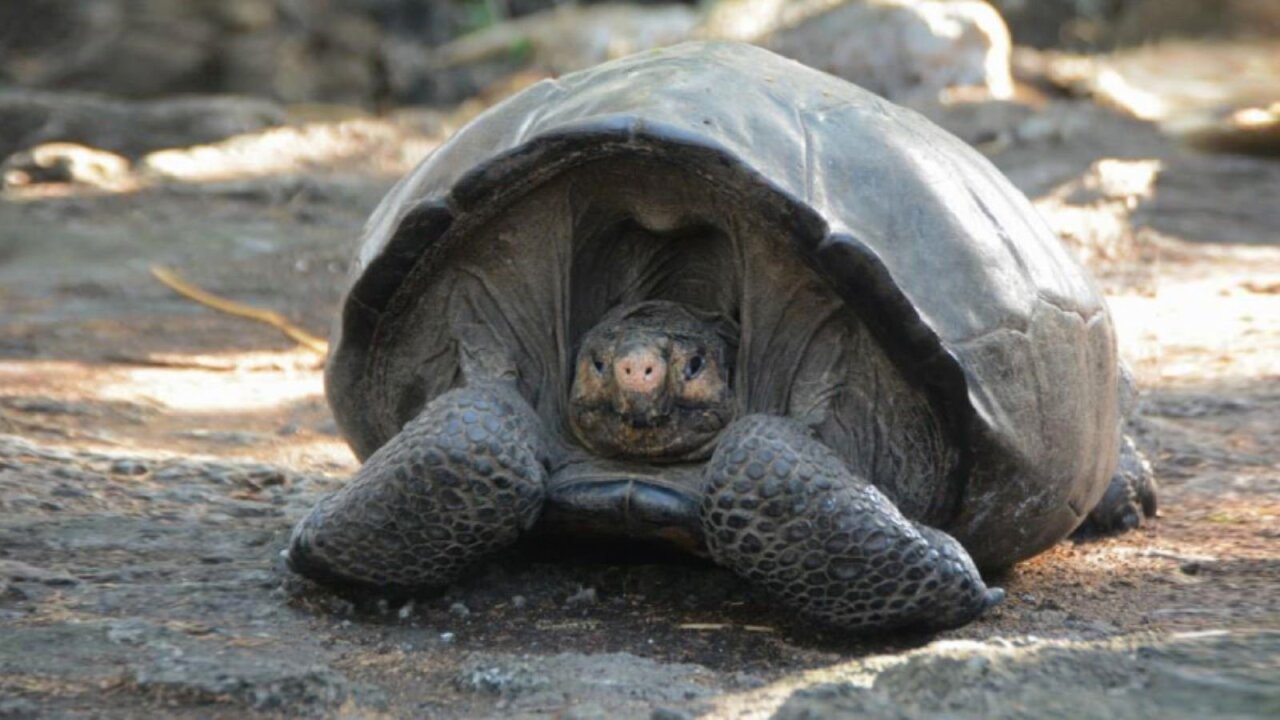 A species of giant tortoise believed to have been extinct for more than 100 years has been discovered on the Galapagos island of Fernandina, according to Ecuador's government.

The last known time a Fernandina Giant Tortoise was seen alive was 1906.

An adult female believed to be more than a century old was seen alive on Sunday during an expedition by the Giant Tortoise Restoration Initiative (GTRI), according to a government statement .

Washington Tapia, GTRI director and expedition leader, said that genetic studies will be carried out to "reconfirm" that the tortoise found belongs to the Fernandina Island species.

Experts believe she is not alone. The tracks and scent of other tortoises, believed to be of the same species, were also observed by the team.

Conservationists have taken the tortoise to a breeding center on the nearby island of Santa Cruz.

The Fernandina Giant Tortoise is one of 14 giant tortoise species native to the Galapagos Islands, most of which are endangered. The tortoises have been killed over the past two centuries, both for food and for their oil, according to the Galapagos Conservancy , which jointly forms GTRI with the Galapagos National Park.

"This encourages us to strengthen our search plans to find other (tortoises), which will allow us to start a breeding program in captivity to recover this species," said Danny Rueda, director of the Galapagos National Park.

The Galapagos archipelago includes 19 islands in the Pacific Ocean roughly 621 miles (1,000km) from the Ecuadorian coast. Fernandina, the third largest and youngest of the islands, remains the most volcanically active.

The Galapagos were declared a national park in 1959 and a UNESCO World Heritage Site in 1978.

This story has been updated.