ISIS has been reduced to 1.5 square miles in Syria 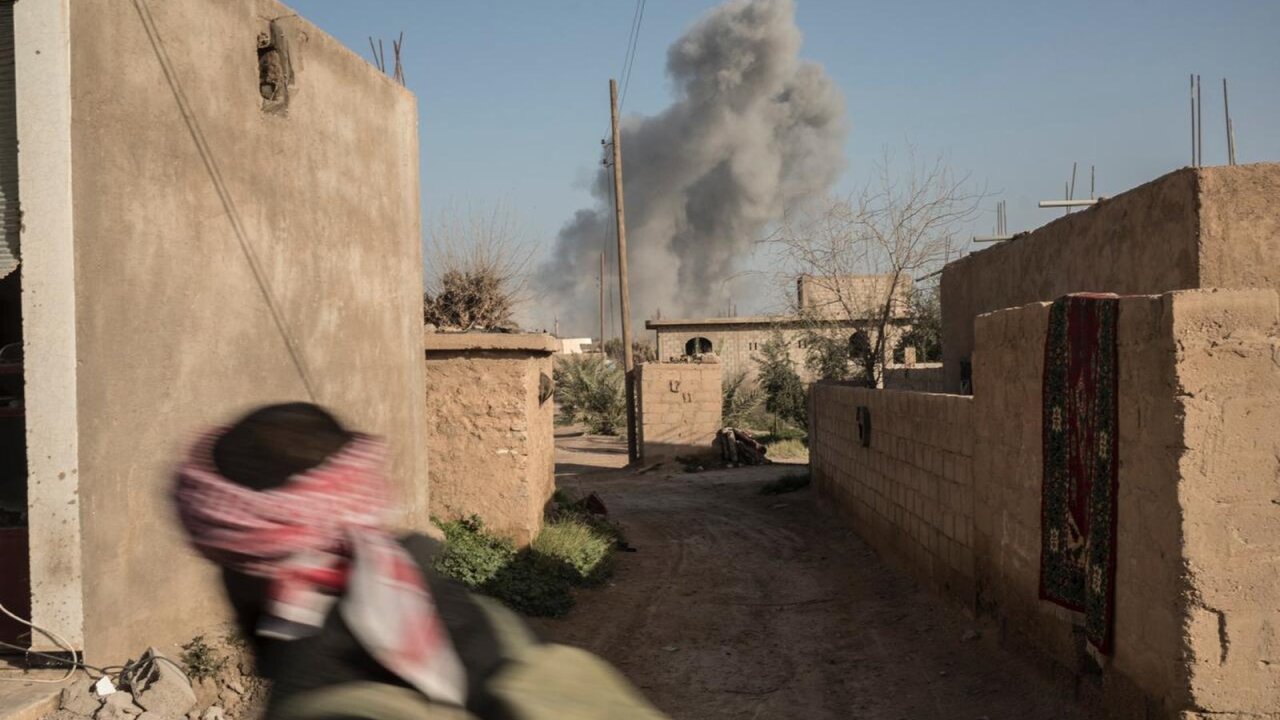 "They broke us, I swear to God. [ISIS] broke us," the tall man said. He was thin, in his mid-thirties, his face drawn with exhaustion, his eyes hollow. He had just walked with his extended family out of the town of Marashida, one of the last strongholds of ISIS in Eastern Syria.

"You're Da'ish!" shot back a Kurdish fighter with the US-backed Syrian Democratic Forces (SDF), using the Arabic acronym for ISIS.

The man shook his head in denial, too exhausted to further protest.

On a remote stretch of the Euphrates River in eastern Syria, the so-called Islamic State is fighting its last stand. A realm that once stretched from western Syria to the outskirts of Baghdad is, according to a senior SDF commander who spoke to CNN on condition on anonymity, a mere four square kilometers.

"With the help of artillery and airplanes we were able to take control of this place," one SDF soldier said, walking down the rubble-strewn main drive of Susa, one of the latest villages to be liberated from ISIS. "Within ten days, God willing, we will finish."

The end of the war against ISIS is in sight, but the difficulty of the current battle is clear in footage shot in the Syrian villages of Susa and Marashida and provided exclusively to CNN by freelance warzone cameraman Gabriel Chaim. He has spent years covering the war on ISIS in Iraq and Syria, and spent the last four months embedded with the SDF.

Two weeks ago, Chaim entered Susa with a mixed Kurdish and Arab force at night, their progress lit by flares. The village was largely destroyed by the fighting and by the bombing from US-led coalition aircraft, which resumed at dawn.

ISIS soon counterattacked. In Chaim's footage, SDF fighters frantically call their commanders for reinforcements from a rooftop in Susa. Soldiers grab handfuls of bullets out of a large box to refill their magazines, while others blast away with a heavy machine gun across an open field.

Eventually, the SDF flee. Later in the day, Kurdish special forces supporting the SDF approach to retake the town. As they advance under the gathering darkness, they come across the body of a fallen comrade.

Huddled over the body, one of the soldiers prays for his soul.

Since December, thousands of people, mostly women, children and the elderly, have fled ISIS-controlled villages in Syria, including Susa, Marashida, and others. Thousands more remain inside its shrinking enclave. Those who escape end up in over-crowded, under-equipped camps in the bleak Syrian desert. A January 31 statement by the World Health Organization describes refugee children dying of hypothermia.

Others tried to escape, but didn't make it. In the footage, a soldier lifts a jumble of blankets by a wall to reveal bodies. Children, girls and boys. Two women.

"Yesterday, they were trying to escape, to surrender," says one of the soldiers. "We came today and saw they were murdered. ISIS killed them."

ISIS may be about to lose its last sliver of territory, but it will not disappear with it. The group has transformed, indeed has returned back to what it was before ISIS leader Abu Bakr Al-Baghdadi declared his so-called caliphate: a deadly insurgency in Syria and Iraq.

This battle on the banks of the Euphrates is an important one. But the war isn't over.