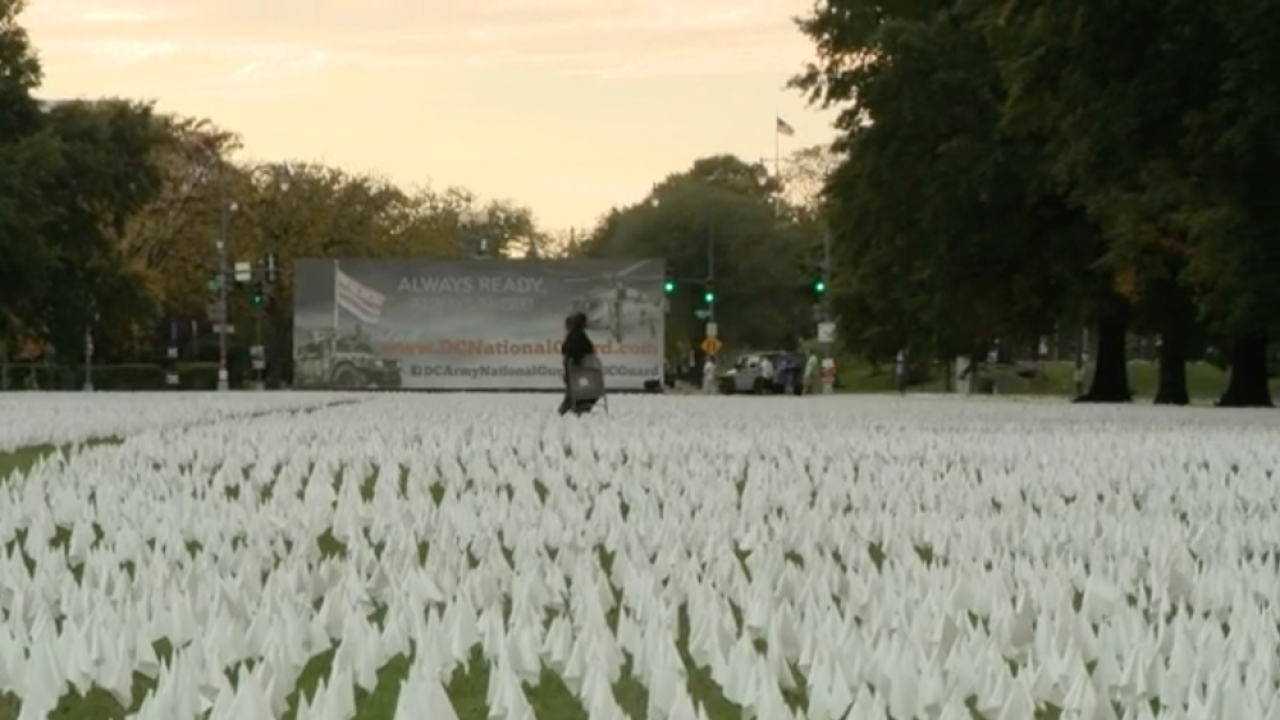 A new art installation in Washington, D.C. is aiming to put the COVID-19 pandemic in a new perspective.

WTOP-TV in Washington reports that on Friday, artist Suzanne Brennan Firstenberg was joined by the friends and family of coronavirus victims to set up her newest installation, "In America: How Could This Happen…"

The installation, located on the D.C. Armory field near RFK Stadium, features more than 200,000 white flags — each one representing an America who has been killed by COVID-19.

Community members are invited to continue planting the flags through Friday, Nov. 6. By the project's conclusion, Firstenberg hopes to plant more than 240,000 flags. She also invites volunteers to write the names of loved ones who have been killed by the disease on the flags.

"This is public participatory art," Firstenberg told NPR. "I want the community to come plant flags right alongside me. I want them to realize the importance of individual lives."

According to NPR, Firstenberg has been searching for a place to display her project since August. She initially planned to use small American flags, but she ran into roadblocks.

"I would have had to source them from China, and that didn't really make sense to me," Firstenberg told NPR.

White flags are typically used to represent surrender — which would be poignant given White House Chief of Staff Mark Meadows' weekend comments claiming the Trump administration isn't going to control the pandemic. But according to Firstenberg, the white flags are meant to represent innocence.

"I know how valuable each life is, because I've had the opportunity — the honor — to be with people at a very difficult time in their lives, as they're saying goodbye," Firstenberg told NPR.

As of early Tuesday afternoon, Johns Hopkins reports that more than 225,000 Americans had died of COVID-19.