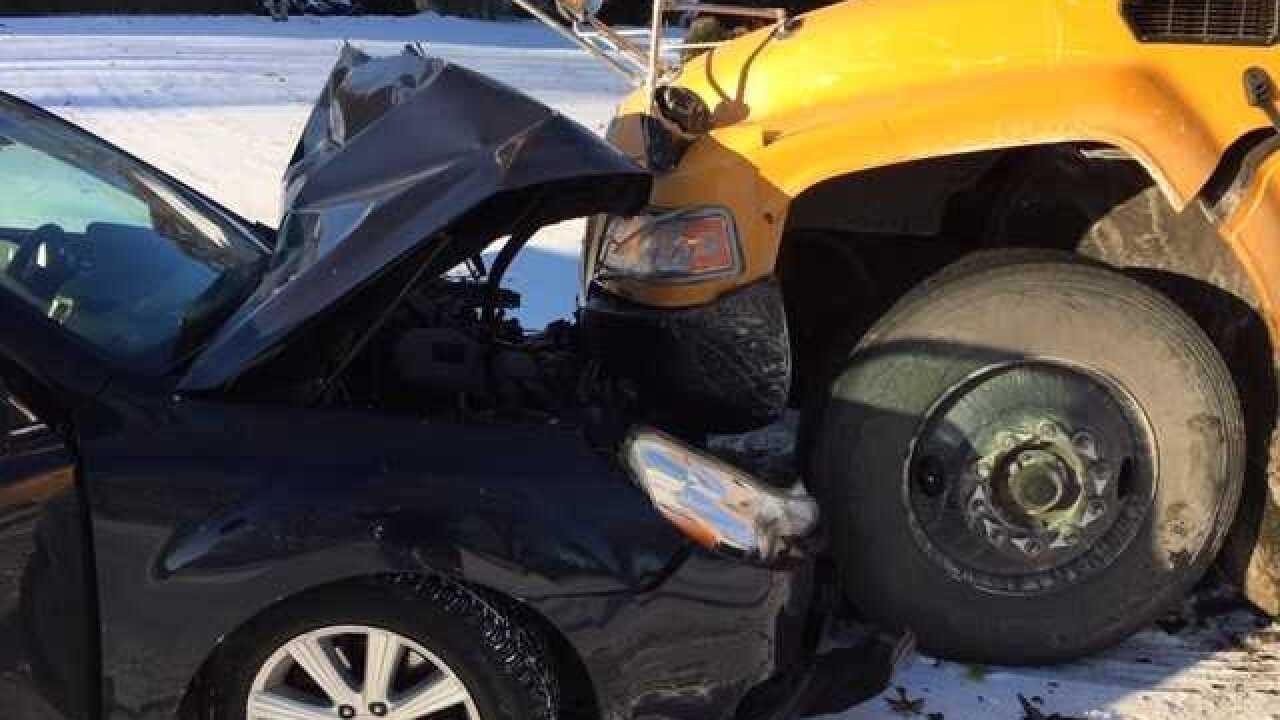 The Sheriff's Office said school staff contacted parents and all students went to class after the nurse evaluation.

Weather and road conditions were factors in the crash, the Sheriff's Office said.