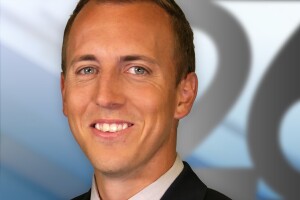 Matt Jarchow joined NBC26 in October 2017 as a Multimedia Journalist. A native Wisconsinite, Matt is excited to be back home!

He's originally from Milwaukee but moved out to Waukesha County when he was young. Matt left the Badger State to attend Kent State University, where he graduated in December 2013. He got his start in the industry with Spectrum News in Northern New York, and he then ventured south to Elmira before spending two years in Syracuse.

Matt is the oldest of three children. His younger brother is studying to be a teacher and his sister is getting ready for college.