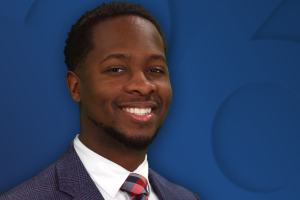 Chancellor Johnson is an Emmy award-winning sports reporter who joined NBC26 in October of 2019.

The Houston, Texas native is a graduate of the Walter Cronkite School of Journalism and Mass Communications at Arizona State. During his time at ASU, he anchored and reported for Cronkite News, the school’s award winning newscast covering ASU football and men’s basketball.

In addition to his work at Cronkite, Chancellor also serves as the Final Four digital host with the NCAA. He is also heavily involved with the National Association of Black Journalists and is an alum of the Sports Journalism Institute.

Chancellor is thrilled to cover the area’s local sports and of course, the Green Bay Packers.

In his free time, Chancellor enjoys working out and playing FIFA.