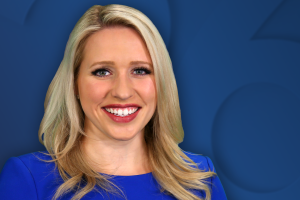 Abigail is an Emmy award winning journalist who joined the NBC 26 team in the fall of 2019. In February of 2020, she was promoted to Weekend Anchor, and still reports during the week.

She comes to Titletown from WEAU 13 News in Eau Claire where she co-anchored the morning show Hello Wisconsin. The show won for Best Small Market Daytime Newscast at the 2019 Upper Midwest Emmys and won top honors from the Wisconsin Broadcaster Association. One of her favorite memories was traveling to Los Angeles to cover Wisconsin-native Chris Kroeze as he competed on NBC’s The Voice, and getting to interview his coach Blake Shelton.

Before early mornings, she started her career at WEAU in July of 2015 as a multimedia journalist.

She grew up on a dairy farm in Orfordville, Wisconsin and was very involved in 4-H and FFA. Abigail graduated from UW-Whitewater in 2015 with a degree in broadcast, print, web journalism and a minor in public relations.

In her free time, you can find Abigail outdoors, especially on the sand volleyball court. She really enjoys playing sports or just being outside in general. She is excited to join the green and gold community!

If you have any story ideas or a want to say hi, please email her at abigail.hantke@nbc26.com.